It’s the season of summer camp! Oh to be 10 again and packing for that big, glorious, exciting week of camp. If you ever went to camp, you’ll likely have your own set of summer camp songs that you remember. Summer camp songs might be one of the closest things we have to an oral tradition here in the US. The songs are passed down from year to year, changing slightly from camp to camp or person to person, but the general idea stays the same. It’s really a special cultural thing when you think about it. For the boy and girl scouts out there, today’s recommendation might be familiar to you. 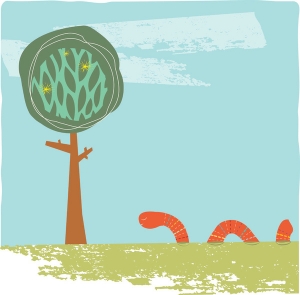 Do you know this one? My guess is yes, but I’ll also venture a guess that you and I might know slightly different versions. So, today, I’m just recommending the song—with you as the artist.

The Littlest Worm is an echo song. I’ve mentioned echo songs before because I think they are just perfect for preschoolers. Echo songs provide short pieces of song that preschoolers can easily remember and gets them using their voices over and over. Sing it to them and encourage them to respond. If you don’t think of yourself as a singer, sing anyway. If you don’t sing to your children (and ask them to sing too), they will grow up unfamiliar with using their voices and likely think that they’re not singers either. Do them a favor and sing!

So, print off the words here if you need them and start singing!

If you don’t know The Littlest Worm or you need a refresher, here are two great versions available on Amazon (for purchase) or on Spotify (free to listen!).

This post is part of the Handpicked Songs for Preschoolers series. Subscribe to get weekly song recommendations in your email.

What were your favorite summer camp songs?